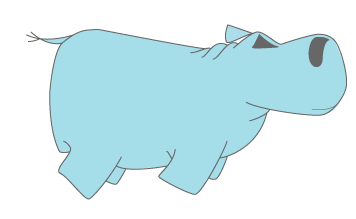 Jason is the person behind thisbluehippo. Based out of Syracuse, NY, Jason plays a support role in education & the creative industry. Day to day he spends his daylight hours troubleshooting & training folks on Final Cut Pro, AVID, Adobe Premiere and After Effects at Syracuse University. Interested in the ever changing landscape in the film / video production industry, Jason has begun to focus on workflow and understanding how all of the digital acquisition foramts jive with the various NLE's and other audio, color & compositing software.

Thisbluehippo is the tiny island on the internet that Jason has claimed for himself. Started in 2001, it has been all sorts of things. Ultimately, it is the place where Jason can unload the things running through his brain and play.